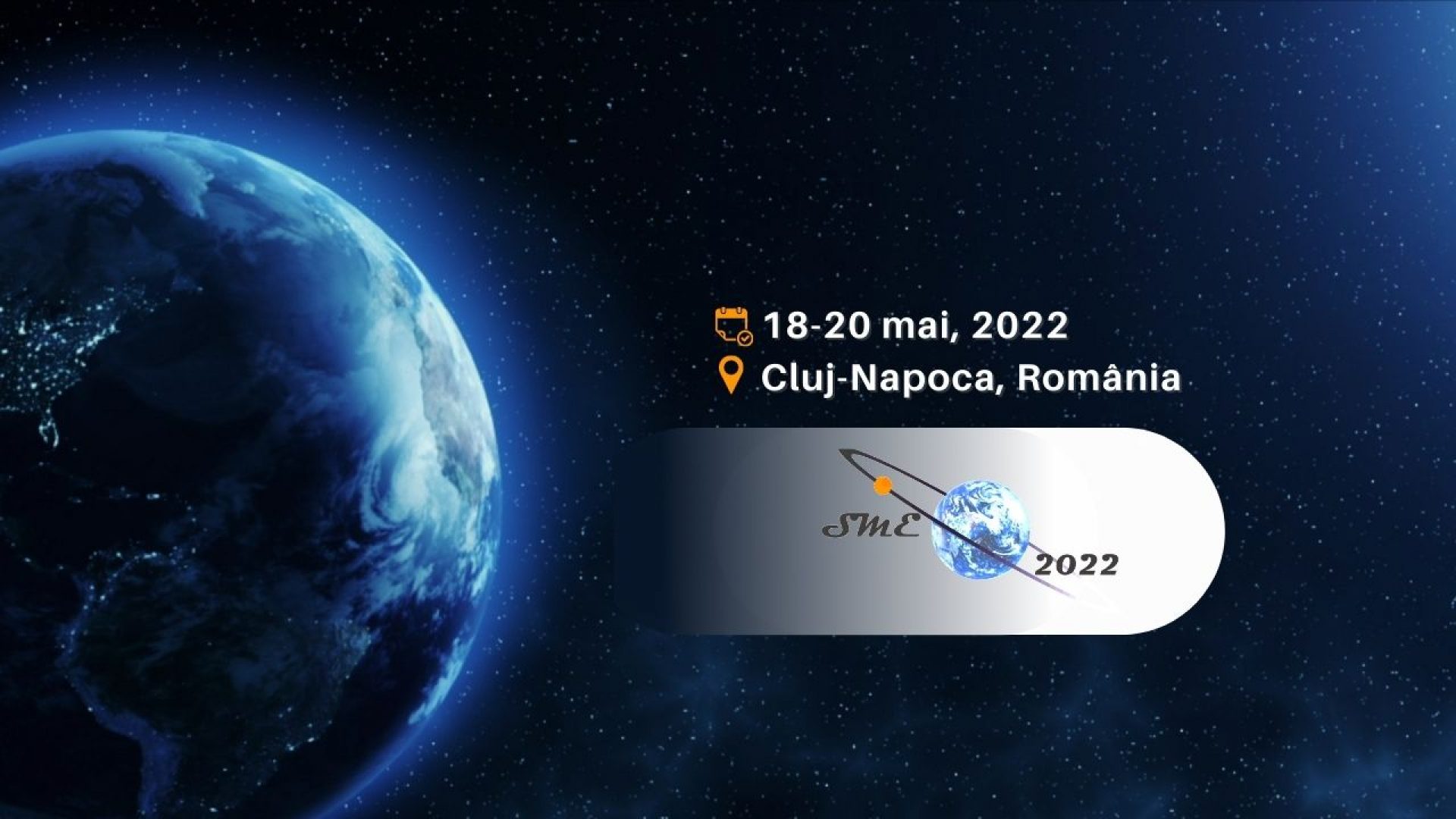 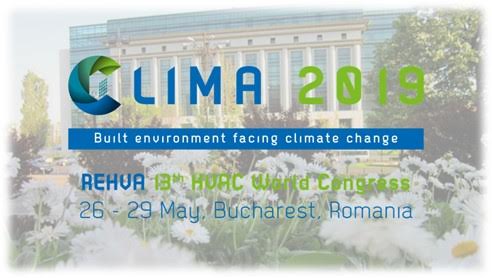 THE DEADLINE OF THE ABSTRACT SUBMISSION SESSION IS SEPTEMBER 1st, 2018.

Please disseminate this announcement to all your colleagues who may be interested in participating at CLIMA 2019 congress. Thank you!

In order to submit the abstract(s) of your future paper(s), please use the form found HERE. 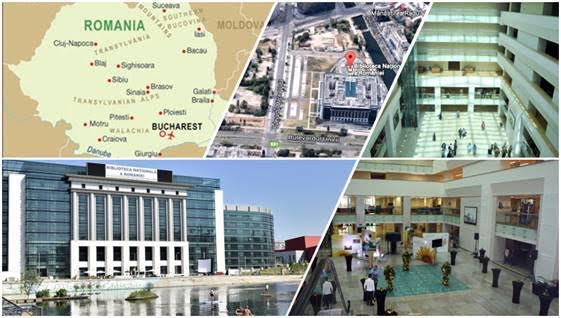 Romania’s capital and the industrial and commercial center of the country – Bucharest lies in the southeast of the country on the Dambovita River. With a population of roughly 2.5 million and an urban area of only 226 square kilometers (87 sq. mi), Bucharest has the dubious distinction of being the densest city per capita in the EU. Easily the largest city in Romania, Bucharest is actually the 6th largest city in the EU by population.

By European standards, the city is not an old one. First mentioned as the ‘Citadel of Bucharest’ in 1459, the settlement began to grow in size and stature when Wallachian prince Vlad III the Impaler made it his residence. With the establishment of Curtea Veche (the Old Princely Court) by Mircea Ciobanul, Bucharest began to compete with Targoviste to become the region’s capital. Despite being burned down by the dastardly Ottomans and abandoned by the princes at the beginning of the 17th century, Bucharest was quickly rebuilt and continued to flourish with today’s Lipscani district becoming the commercial center of the entire of Wallachia.

Despite the general mood and state of things, Bucharest nonetheless became the nation’s capital when Wallachia and Moldavia were united to form the Principality of Romania in 1861. In 1881, Buch became the political center of the newly-christened Kingdom of Romania and the boom was on. The extravagance in the arts and architecture that occupied Bucharest in the late 19th century, in addition to its elevated cosmopolitan culture (and presumably its almost French snootiness), earned the city the title of “Little Paris” or “Paris of the East.”

The city center is a mixture of medieval, neoclassical, and art nouveau buildings, as well as ‘neo-Romanian’ buildings dating from the beginning of the 20th century and a collection of modern buildings from the 1920s and 1930s.[citation needed] The mostly utilitarian Communist-era architecture dominates most southern boroughs. Recently built contemporary structures such as skyscrapers and office buildings complete the landscape. 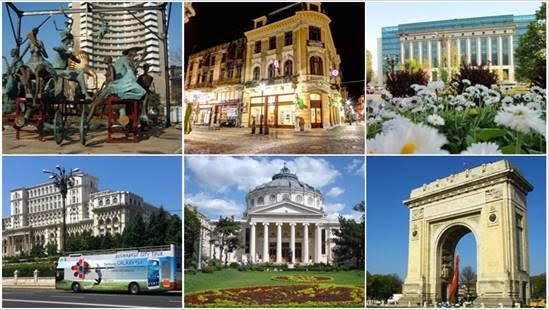 Bucharest is the center of the Romanian economy and industry, accounting for around 23% (2013) of the country’s GDP and about one-quarter of its industrial production, while being inhabited by 9% of the country’s population. Almost one-third of national taxes is paid by Bucharest’s citizens and companies. In 2016, Bucharest had a nominal GDP per-capita €20,500, or 122% that of the European Union average and more than twice the Romanian average. After relative stagnation in the 1990s, the city’s strong economic growth has revitalized infrastructure and led to the development of shopping malls, residential estates, and high-rise office buildings.

International supermarket chains such as Carrefour, Cora, and METRO are operating in Bucharest. The city is undergoing a retail boom, with supermarkets and hypermarkets opened every year. Bucharest hosts luxury brands such as Louis Vuitton, Hermes, Gucci, Armani, Hugo Boss, Prada, Calvin Klein, Rolex, Burberry, and many others. Malls and large shopping centers have been built since the late 1990s, such as AFI Palace Cotroceni, Sun Plaza, Băneasa Shopping City, Plaza Romania, Unirea Shopping Center, and Liberty Center. Traditional retail arcades and markets include the one at Obor.

Bucharest’s public transport system is the largest in Romania and one of the largest in Europe. It is made up of the Bucharest Metro, as well as a surface transport system, which consists of buses, trams, trolleybuses, and light rail. In addition, a private minibus system operates there. As of 2007, a limit of 10,000 taxicab licenses was imposed. Bucharest is the hub of Romania’s national railway network, run by Căile Ferate Române. The main railway station is Gara de Nord (“North Station”), which provides connections to all major cities in Romania, as well as international destinations.

Bucharest is a major intersection of Romania’s national road network. A few of the busiest national roads and motorways link the city to all of Romania’s major cities, as well as to neighboring countries such as Hungary, Bulgaria and Ukraine. The A1to Pitești, the A2 Sun Motorway to the Dobrogea region and Constanta and the A3 to Ploieşti all start from Bucharest. Union Boulevard (Bulevardul Unirii), one of the most transited road arteries of the city. A series of high-capacity boulevards, which generally radiate out from the city center to the outskirts, provides a framework for the municipal road system. The main axes, which run north-south, east-west and northwest-southeast, as well as one internal and one external ring road, support the bulk of the traffic. The city’s roads are usually very crowded during rush hours, due to an increase in car ownership in recent years. In 2013, the number of cars registered in Bucharest amounted to 1,125,591.

Bucharest has a growing cultural scene, in fields including the visual arts, performing arts, and nightlife. Unlike other parts of Romania, such as the Black Sea coast or Transylvania, Bucharest’s cultural scene has no defined style, and instead incorporates elements of Romanian and international culture. Performing arts are some of the strongest cultural elements of Bucharest. The most famous symphony orchestra is National Radio Orchestra of Romania. One of the most prominent buildings is the neoclassical Romanian Athenaeum, which was founded in 1852, and hosts classical music concerts, the George Enescu Festival, and is home to the George Enescu Philharmonic Orchestra.

With no central nightlife strip, entertainment venues are dispersed throughout the city, with clusters in Lipscani and Regie. The city hosts some of the best electronic music clubs in Europe, such as Kristal Glam Club and Studio Martin. Some other notable venues are Fratelli and Control.

Traditional Romanian culture continues to have a major influence in arts such as theatre, film, and music. Bucharest has two internationally renowned ethnographic museums, the Museum of the Romanian Peasant and the open-air Dimitrie Gusti National Village Museum, in Herăstrău Park. It contains 272 authentic buildings and peasant farms from all over Romania. The Museum of the Romanian Peasant was declared the European Museum of the Year in 1996. Patronized by the Ministry of Culture, the museum preserves and exhibits numerous collections of objects and monuments of material and spiritual culture. The Museum of the Romanian Peasant holds one of the richest collections of peasant objects in Romania, its heritage being nearly 90,000 pieces, those being divided into several collections: ceramics, costumes, textiles, wooden objects, religious objects, customs, etc. The Museum of Romanian History is another important museum in Bucharest, containing a collection of artefacts detailing Romanian history and culture from the prehistoric times, Dacian era, medieval times, and the modern era.

For more information about the congress and the organizers, please visit our website www.clima2019.org.

Under the heading ”BUILT ENVIRONMENT FACING CLIMATE CHANGE”, based on 4 main topics and more than 55 subtopics, the participants will bring into discussion the capacity of the new or existing refurbished buildings and their technicalsystems to counteract in an energy efficient manner the climate change in order to keep an optimum comfort alongside with the occupants security:

Important! A CLIMA 2019 paper will be published only if at least one of the authors is fully registered for the congress (see options 1 or 2 in the table above).

Don’t hesitate and come to explore the Carpathians Garden !